Today, I’m revisiting a topic I wrote about over two years ago… I’m even starting with the same sentence: http://undercrust.blogspot.com/2014/11/pre-apocalypse.html

I’m going to live forever. Ask my kids, they’ll tell you. They’ve been hearing about it for years. Immortality is my mantra; something I talk about constantly. For the past ten years, I’ve been boasting about my long, long life—yet to come.

Over the past thirty years, I’ve been fit, obviously fit. And as I aged, I seemed to defy time. My weight and build are identical to what they were twenty years ago. And if my fitness has changed, well, it’s only gotten better. I believed this was the impetus of my quest for perpetuity—my refusal to age. But lately I’m seeing it differently. Now, I think I want to live an extra-long life because I squandered my twenties. I spent that decade drunk. I want some extra time added to the clock.

Lately, I’m wondering if being immortal is such a good idea. What’s the point in living forever if my body isn’t going to last? My foot hurts. My teeth are slowly disintegrating. My hearing sucks. And don’t get me started on my vision. I worry that I’ll be like the family dog that never gets euthanized. Blind, deaf, unable to walk, and eating mush. It has to be carried outside to poop. What’s the point?

Recently, I was talking with an older friend about aging. I observed that aging wasn’t a steady decline; more of a series of cliffs to fall over. He said those abrupt health-changes were called chapter-breaks. I think over the past two years, I must have started a sequel.

This year, I’ll turn fifty-five. A few years ago, that didn’t seem old to me. Now it’s starting to. Over the past two weeks, a pair of young celebrities died. Young in comparison to me. Carrie Fisher and George Michael both left our world to much fanfare and applause.

Neither of these deaths mean much to me. I was a fan of neither. George/Wham’s music was all too poppy for an alt-rock/punk guy who was a teenager in the seventies. And unlike every other man I’ve ever met, I’m completely uninterested in Star Wars. I won’t detract from the art that George and Carrie created, but it wasn’t for me. Their ages at death, fifty-three and sixty, is what leaves me mourning.

My sister-in-law, Carolyn suggested that their fast living did them in. Fisher has written extensively about her hard-partying youth, and Michael’s well-documented substance abuse was so recent, it might not have ever ended. Carolyn implied that I shouldn’t have much to worry about when thinking about an early death. She’s known me for twenty years. She knows me as an athlete—as a spin instructor and a marathoner. She knows me as a sober adult who now abstains from alcohol altogether. She doesn’t know me from my twenties and my early thirties. She didn’t know me when I partied like a rock star… or a movie star. 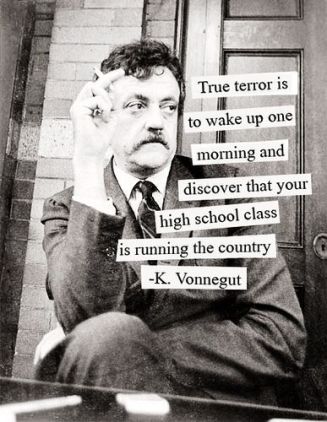 Spiritually, I believe I have it all together. My hybrid belief system, based primarily on Buddhist teachings and Kurt Vonnegut’s writings, makes the end-of-life something to embrace. I believe we are reincarnated. Each lifetime building on the one just completed. We’re expected to leverage the skills learned in our last life, and also show some improvement in those areas we botched. The souls important to us in this lifetime, have a role in our next life.

And while we can’t remember any of this from one lifetime to the next, I still find it comforting to know that my general trajectory is up. And that Susan and my kids won’t be lost to me as I leave this life. Right now, someone is undoubtedly thinking “This is the stupidest thing I’ve ever heard.” Please consider it’s possible that I feel the same way when reading about more conventional after-life theories.

My point is that for all my talk of immortality over the years, I’ve decided that it isn’t really something I want. It’s clear to me that living forever will be a huge disappointment. Sure, I’d love to be around when the sea levels rise and flood a billion people out of their homes—that would be a true ‘told-you-so’ moment, an alarm I’ve been sounding since the eighties.  But other than proving myself right, I have no desire to out-live the usefulness of my body, which seems to be failing at an alarming rate.

My father is now eighty-five years old. He’s married, he’s active, he has plenty of friendships, and five children and stepchildren enjoying varying degrees of success. If a person ever wanted to keep on living, you’d think it would be my father. In actuality, I think he’s fine either way. He talks about death on occasion, and it isn’t with fear or even resignation. I don’t think he’s waiting to die, but to me, it seems like he’s lived the life he wanted to live and mostly he wants to get out of it without too much hassle.

When I look at my family’s life expectancy, it’s a mixed bag. I’ve got thirty more years to reach my father’s age, but I’ve already out-lived my mother by six years. I don’t have much more to work with. My father was orphaned as a child, and I lost touch with my mother’s family twenty years ago. I just don’t know what to expect in my future.

I know I’m glad to have made it past fifty-three, and I hope to live well beyond sixty. Eighty-five would be nice if my brain, my organs, and my joints are all still functioning well. But as I slipped beyond my recent chapter-break, a little bit of cockiness was knocked out of me. These days, when I look in the mirror, I see my age.

Based on the news stories I’ve read about Carrie Fisher and George Michael, their causes of death were probably heart failure. And the rumor-mill suggests in each case some external factors (drugs) may have played a role as well. It seems like I’m done with alcohol, and long ago, I gave up abusing drugs. Hopefully any damage I did to my body in my youth has been erased by thirty years of consistent exercise and the gallon of water I drink every day. I’m positioning myself well to live a long life.

As I work to backpedal on my immortality proclamations, I need to spend some time retraining my brain to see my future as finite. Rather than envisioning an eternity where I resemble a forty-year-old, it’s time to start planning for life as a sixty, seventy, and eighty-year-old. Through these years, I intend to remain fit, but unless I calibrate that for age, I’m setting myself up for eternal frustration.

My chapter-breaks will arrive at irregular intervals across the remainder of my life. When I least expect it, I’ll tumble off a cliff. These changes need to be met with grace and acceptance. Aging is a part of life, and to think otherwise is simply immature wishful thinking.