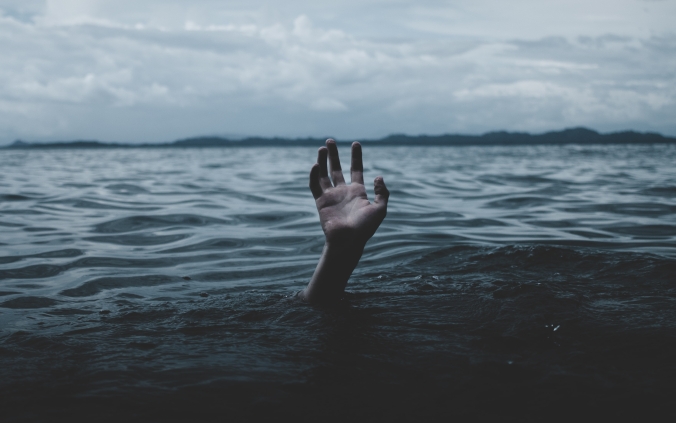 I have nothing left to say. Do you ever feel this way? I started blogging in 2013. Since then I’ve published at least one story per month, and one month, during a brief period of unemployment, fifteen. I’ve used up all my material, I’ve told every story there is to tell.  For years, I did this obnoxious thing. For just about any topic that came up in conversation, I said “I’ve blogged about this.” It’s true, after hundreds of blog posts, I’ve pretty much covered any topic important to me. I stopped telling people about it when I realized nobody cared.

Did you know I’m hearing impaired? I’ve blogged about this. Multiple times. It’s a tough subject to avoid. Because it affects me every single day, it’s constantly on my mind. The other day, a woman called to tell me she wanted to donate thousands of dollars to the library where I work. She had some ideas on how we might use the money.

“Can you to speak a little louder, please?” Eventually, I passed the call off to my boss.

I think there are noble, or at least reasonable ways, to lose your hearing. A teacher in our school district lost most of his hearing due to a childhood illness. A blogger I follow lost her hearing after a traumatic brain injury that left her in a coma for a month. Me? I listened to speed metal full blast on my car stereo.

My father is also hearing impaired. There’s a chance mine might be genetic. But… speed metal, plus my two (older) brothers have no hearing problems at all. And one of them played in a punk band for three years.

When I realized I needed hearing aids, I was bummed. Fifty-two felt too young. Hearing aids are for old people. But I could only hear half of what was said to me. My family lived in constant annoyance. I got lost in meetings because I never knew what everyone was talking about. Going to a restaurant with friends became stressful—too much competing noise. One day I realized that I was unconsciously reading lips.

Incidentally, I still read lips. While my hearing is corrected, it isn’t perfect, and a visual cue helps me fill in the missing pieces. During this era of mask wearing, I’m starting to miss things again. I’m feeling left out.

I don’t wear my hearing aids when I run or bike ride. My internal cooling system is hyper-efficient (meaning I sweat a lot). Hearing aids and moisture don’t mix. Plus, I always worry that they’ll fall out. They cost a fortune, and I can’t be buying replacements all the time. Moving into the summer, I worried about my decision to coach Eli’s mountain bike team. When Eli and I ride together he always tries to talk to me. “Hey dad, zumma zumma zumma?”

I worried about constantly being embarrassed that I couldn’t hear the kids on the team.”

There’s not much I can do about the sweat, but I found a way to avoid losing my hearing aids. I bought a little cord that lashes them together behind my head. If one falls out, it will dangle from my other ear. That’s the idea anyway. It hasn’t happened yet. An even bigger embarrassment: “Wait! Everyone stop riding! Help me find my hearing aids!”

At the first practice, a guy walked over with his two kids, a boy and a girl.

Me: “Abagunda? All right then…”

A minute later I heard him introduce himself to another coach. “Hi, I’m Andrew.”

So wearing my hearing aids isn’t a fool-proof remedy against embarrassment.

Susan says (and you will too) that having a coach with hearing impairment will be an important learning experience for the kids. Is it true? Just ask Abagunda.

My recent posts have been political in nature. Racism, gun control, Black Lives Matter, Covid-19, Donald Trump. Each time I hit publish, I wait for the flames. Trolls, or just conservative men and women who take issue with what I wrote. It only happened once. Last week. My blood pressure spiked. My heart raced. I felt exposed. I don’t like confrontation. I didn’t know how to respond. Finally, I wrote: Thanks for taking the time to read and comment. You and I will never see eye to eye but I guess one could argue that that’s one of the things that makes America a great country.

I often say I’d prefer to receive a negative comment instead of no comment at all, but once again, I learn that’s not true. When I told Susan what was bothering me, she said “if you put stuff like that out there, you have to be prepared to deal with comments you don’t like.”

So here you are, this time you get Abagunda, and hearing aids, and mountain biking. I think I need a break.

I received another comment last week that didn’t leave me feeling so great. Read the exchange between whycantibeloud and me at the bottom of #BlackLivesMatter #NotMyBag.  This was an eye-opening moment in my quest to understand my white privilege.

Photo by Ian Espinosa on Unsplash

BTW, that photo: I searched for photos about hearing loss on Unsplash, this is one that came up. I can’t think of a better representation of what I imagine life without hearing would be like.

Follow The Other Stuff on WordPress.com
Join 4,491 other subscribers